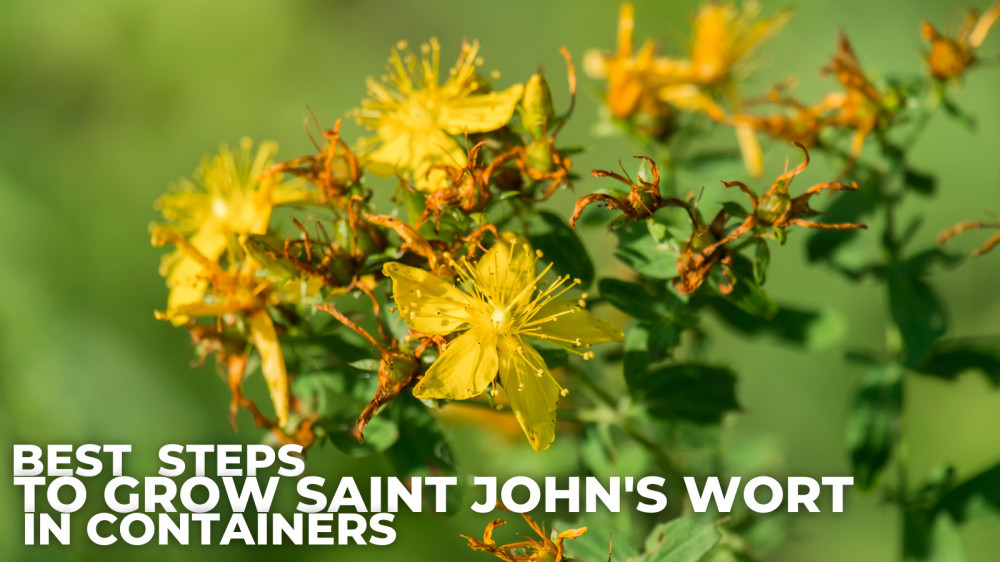 The unusual herb St. John's Wort is one that even non-herbalists can grow at home, and it has a lot to offer.

This woody perennial, which reaches a compact height of 24 inches, will establish itself as a consistent source of colour in your garden from late spring through the summer.

St. John's Wort (Hypericum Perforatum), which produces a profusion of yellow flowers, fills the air with a beautiful fragrance that fills the senses of everyone who passes by. The blog will assist you to grow saint john's wort in containers perfectly. 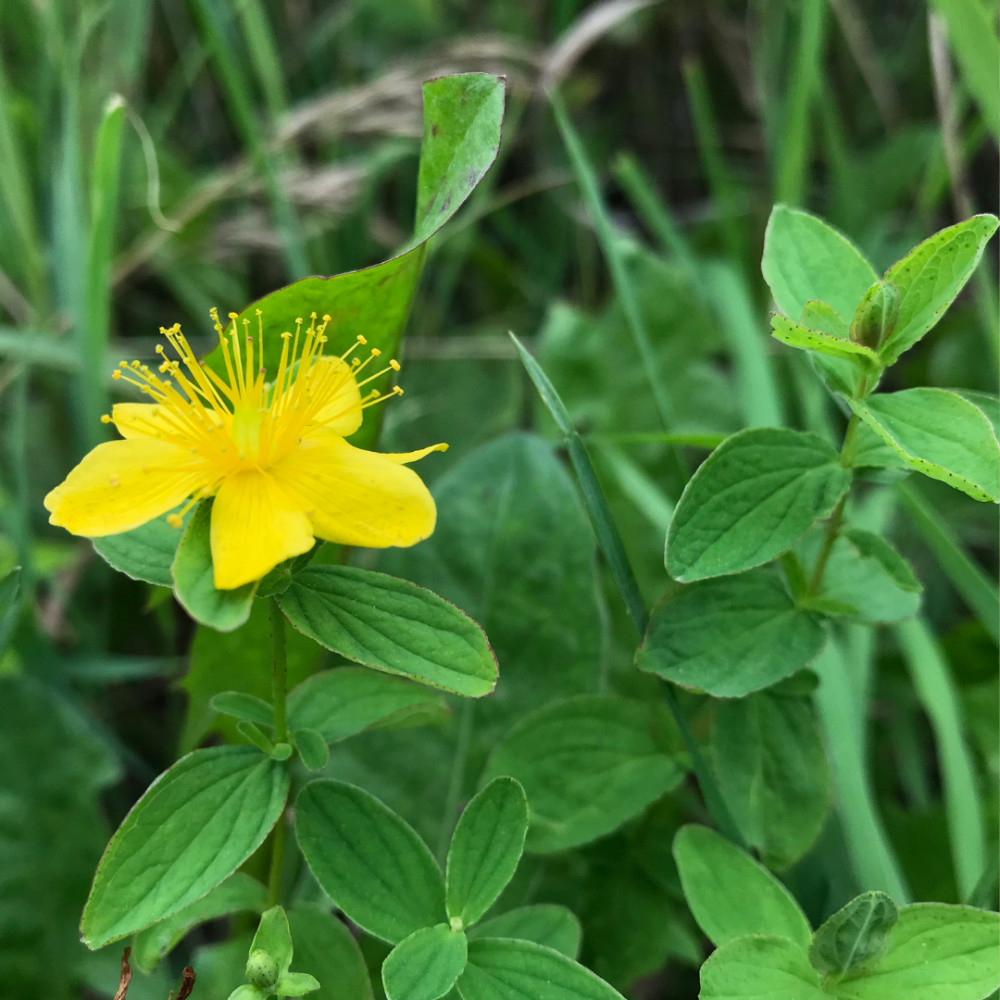 What Is St. John’s Wort?

The Hypericaceae family of herbaceous perennial flowering plants includes St. John's wort (Hypericum spp.). There are more than 700 species in this family, also referred to as the St. John's wort family.

Because of its connection to St. John the Baptist, it acquired its common name.

Unexpectedly, the best time to harvest this plant is on June 24th, the official day of that saint (or thereabouts, depending on your location). It was connected to the sun and utilized in fertility and divination rituals in pre-Christian Celtic culture.

It is also referred to as “Klamath weed” in North America. This is because it drastically outgrew its native habitat in the Klamath River region of California early in the 20th century. It had taken over and covered two million acres by the middle of the 1940s, spreading across 30 northern California counties.

Although this family contains over a thousand medicinal species, Hypericum perforatum is the most widely used. Additionally, it is the one that pharmaceutical preparations use the most. 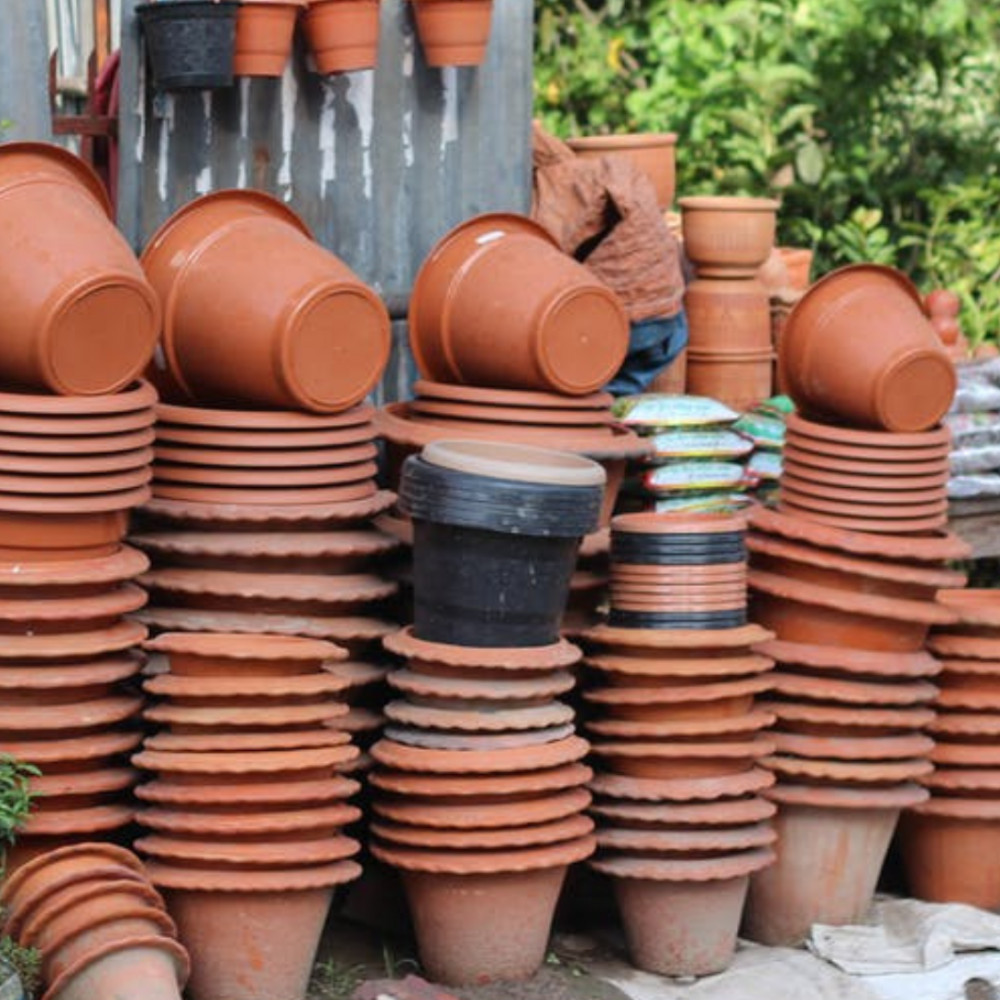 St. John's wort can adjust to various pot sizes and even thrive when confined in a small space.

Plant large-sized St. John's wort in a container of at least 3 gallons (11 L) in volume and 12 inches (30 cm) deep. St. John's wort, on the other hand, will flourish in smaller containers but won't grow as big. Although St. John's wort rarely grows taller than 3 feet (91 cm), it has a robust, deep taproot. However, the seeds must be planted directly in the ground; they cannot be transplanted or grown in containers. This taproot will grow deeply (unless you have a bottomless container).

If you have the space, you can direct sow indoors in the final container size rather than starting in a seed tray or small pot and growing it in a larger pot. However, this isn't necessary since St. John's wort is a hardy plant accustomed to growing in challenging conditions. 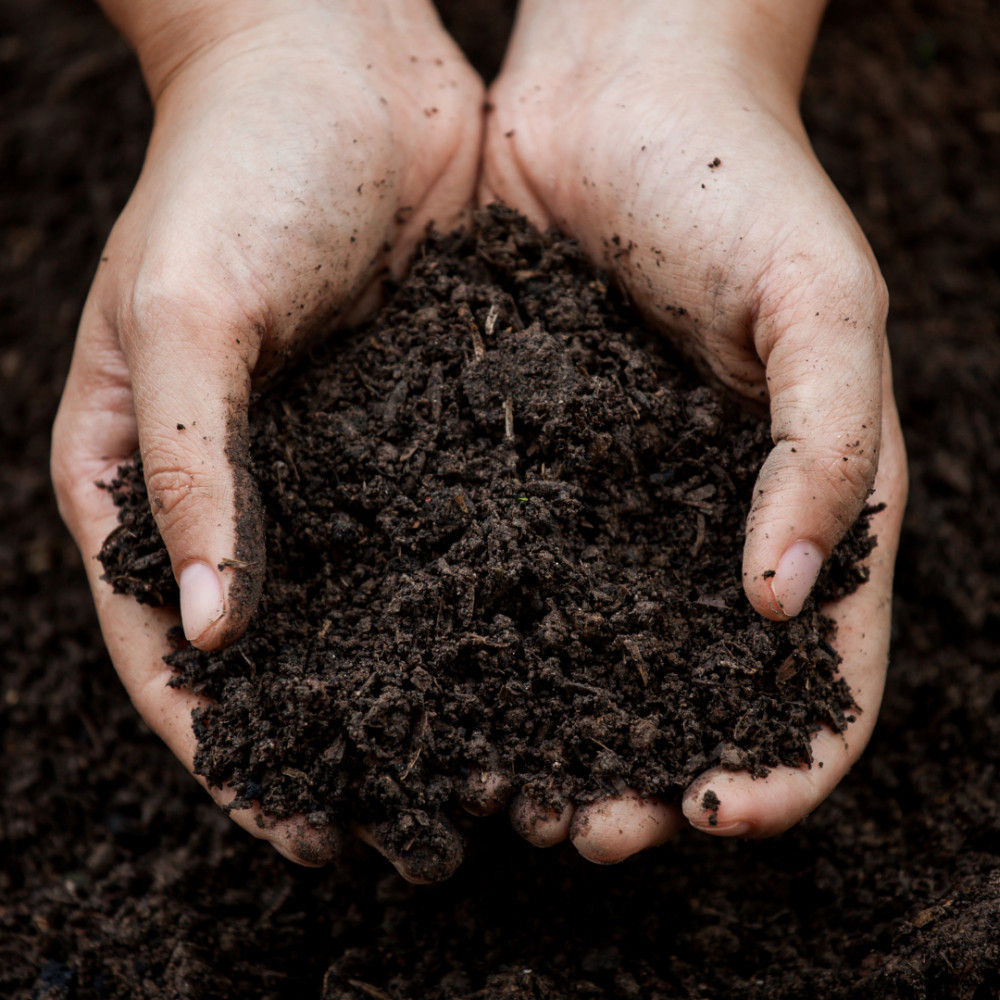 The standard St. John's wort can thrive in various soil conditions. Except for heavy clay, it prefers sandy loam with good drainage. The ideal loam has a pH range of 5.5–7.0 and is slightly acidic. Dry soil and drought conditions can cause the roots to rot. 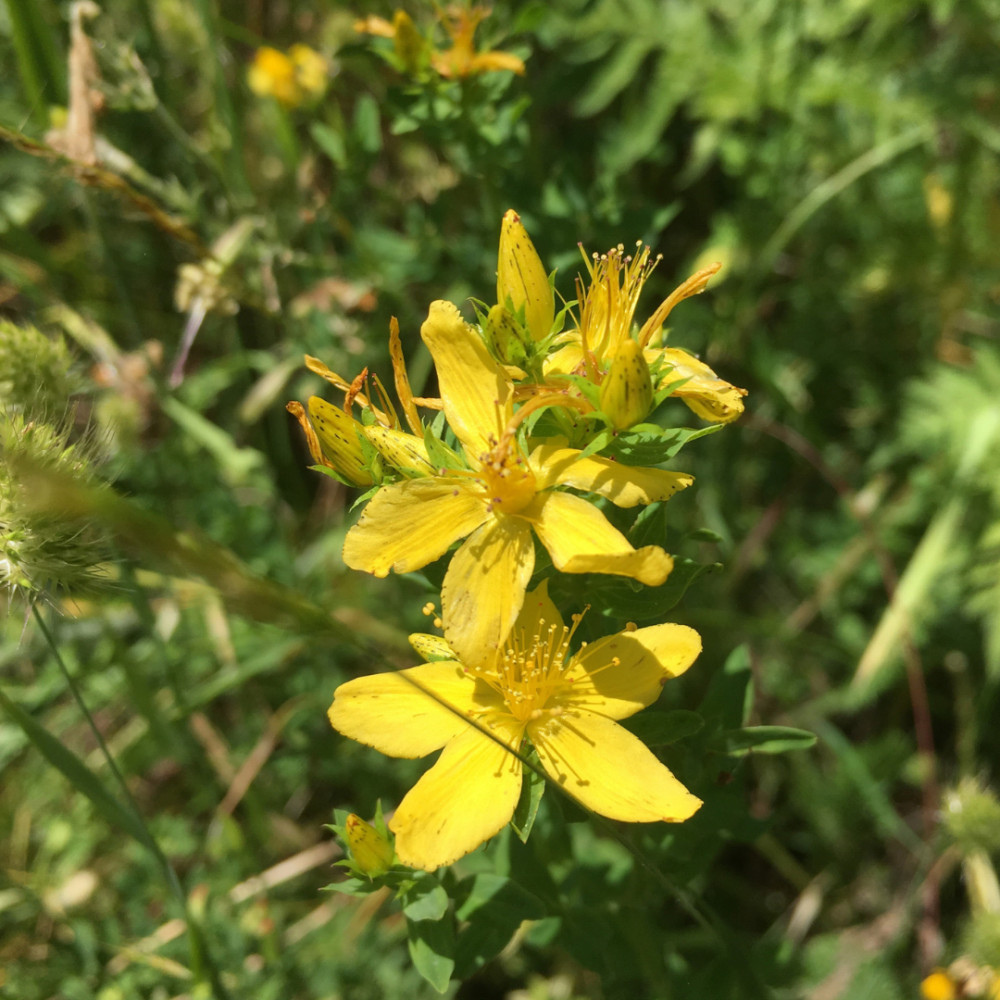 St. John's Wort plants grow best when they receive an uninterrupted 8 hours of full sun each day when grown outdoors in a herb garden. Although their growth is slightly slowed down in the partial shade, they will still develop, especially if shaded during the hottest, brightest part of the day. They thrive when grown close to a south or west-facing window that gets a lot of direct sunlight indoors.

St. John's wort is frequently said not to grow well indoors, which is accurate if plants don't get enough sunlight. Invest in additional growing light for your indoor plants if your home doesn't get enough natural light through the windows. Plants are kept from growing tall and lanky due to a lack of sunlight by a growing light. 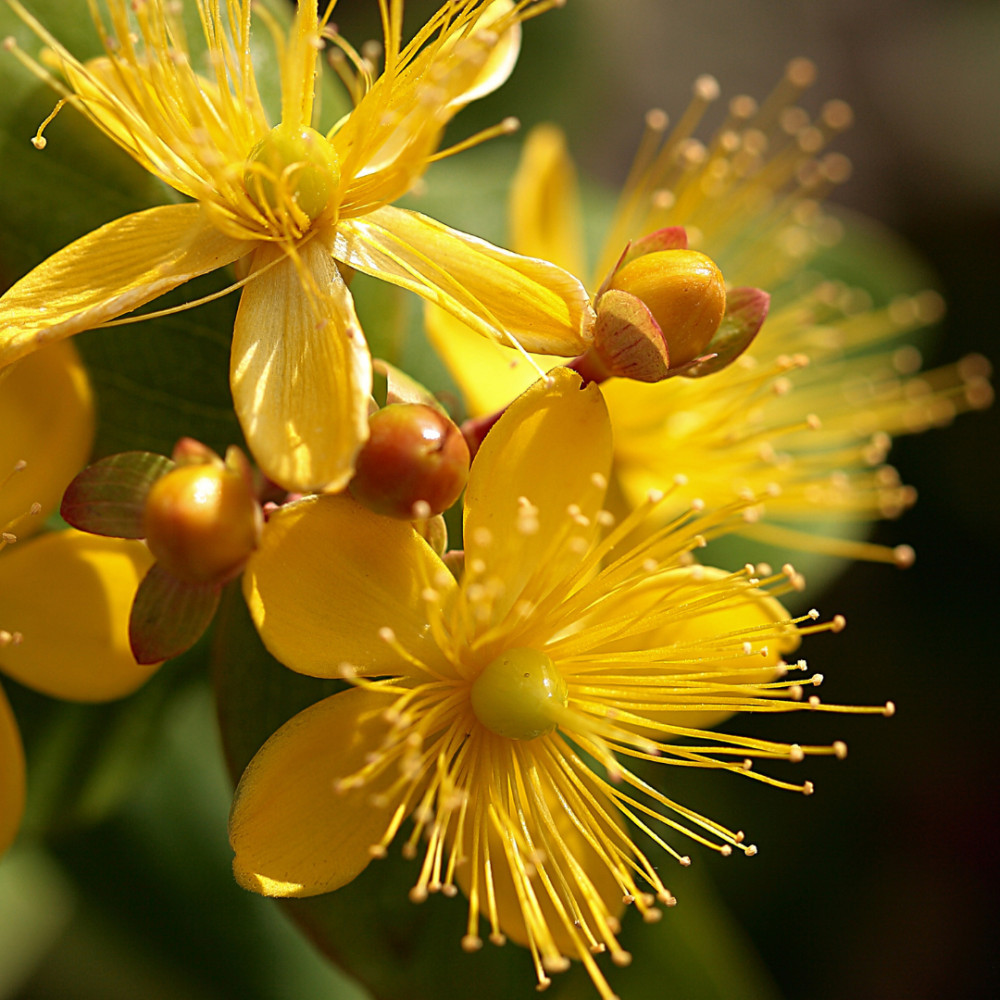 St. John's wort is a plant that grows in temperate regions worldwide but is originally from North America, Europe, and Asia. It grows best indoors at temperatures between 65 and 70 °F, which is close to the typical temperature of most homes.

Keep plants away from drafts that come from leaky windows, doors that are frequently opened and closed, and register vents from the furnace or air conditioner during the winter and summer. These erratic temperatures stress plants internally and have an impact on their growth.

The Hypericum genus contains numerous plant species. The ideal temperature range for plants is 20 to 26 °C, though they can survive in environments as cold as -10 °C. They prefer warm, humid environments. They tolerate drought and need little water but can't stand flooded ground. Do not water the soil so frequently that it becomes soggy.

To ensure optimal blooming, prune your Saint John's wort at the end of winter or the start of spring, before the first buds emerge.

It's not necessary to prune every year, but if you do it every two to three years, your Saint John's wort will maintain a compact bearing. A single branch will occasionally experience a growth spurt that causes it to become long and leggy. If it's not growing the way you want it to, don't be afraid to cut it shorter; this will encourage branching and help the shrub become denser, which will lead to later more lush blooming.

Feel free to prune the shrub back to the ground if the foliage has dried out and appears sparse and bare. New shoots will begin to emerge from the stump.

When done appropriately, St. John's wort pruning can be quite severe (early spring). 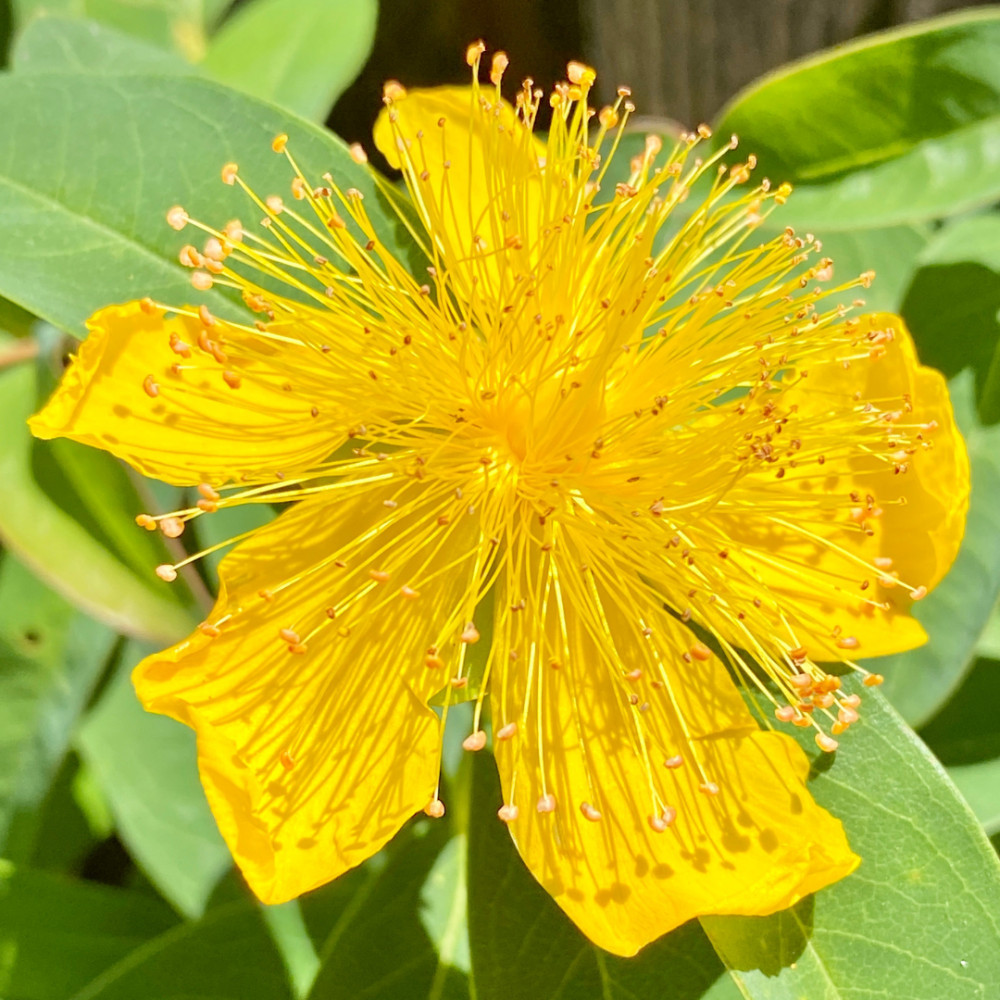 You can grow standard St. John's wort by sowing seeds, cutting off branches, or dividing plants. Put seeds in a bed of sand to plant them yourself. The seeds should sprout in 10 to 12 °C of heat after being dusted with a thin layer of soil and receiving one watering. Continue to moisten the potting soil. When seedlings reach a height of 5 to 10 cm, transplant them.

At the end of the summer, a soft-branch cottage is typically used to propagate St. John's worts with dense branches. Pick a few strong, flexible branches that have recently sprouted. Keep at least two entire leaves on each branch by cutting branches 10 to 15 cm long from the tip.

Keep half of the cut branches above ground as you plant them in the ground. Keep the environment and the soil moist. Transplant seedlings into pots when they are 20 cm tall. To move outside, seedlings must reach a height of 70 cm or wait until the end of the following summer. 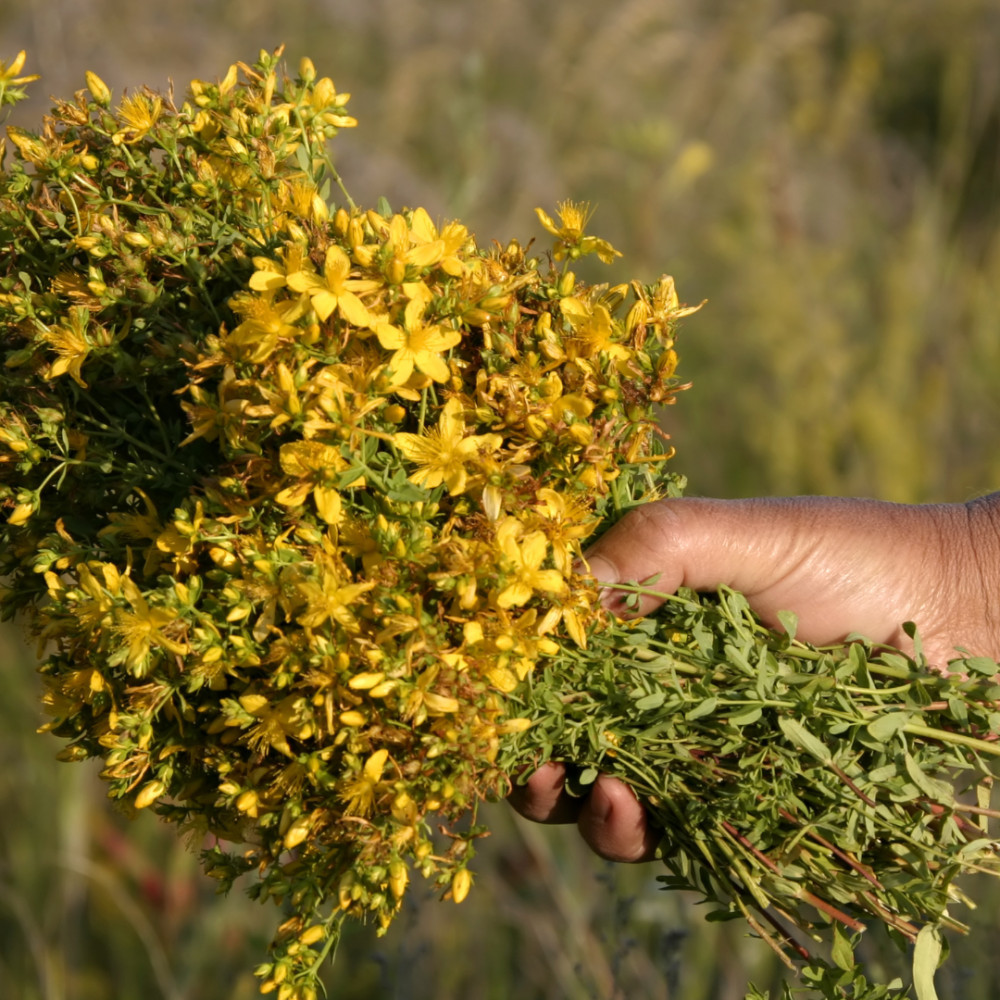 Again, if the flowers are open and dry, it will be simpler for you to do this. 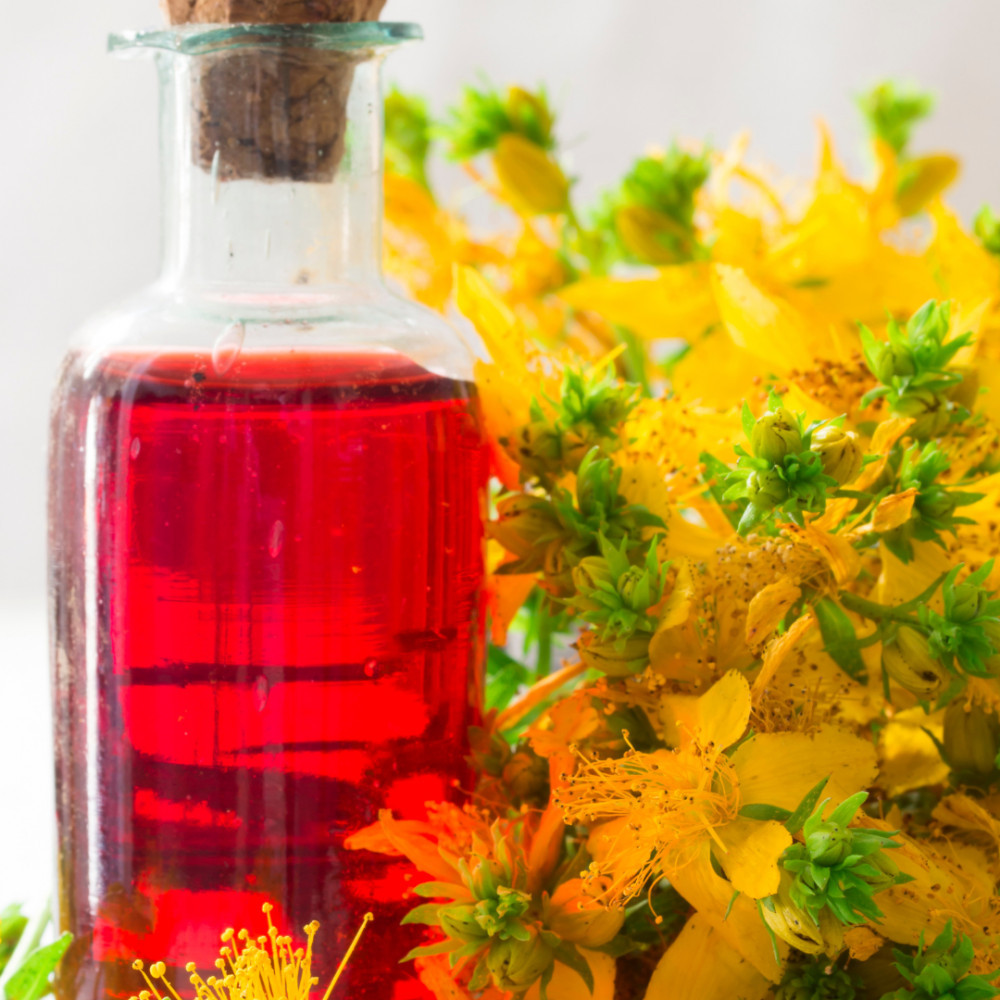 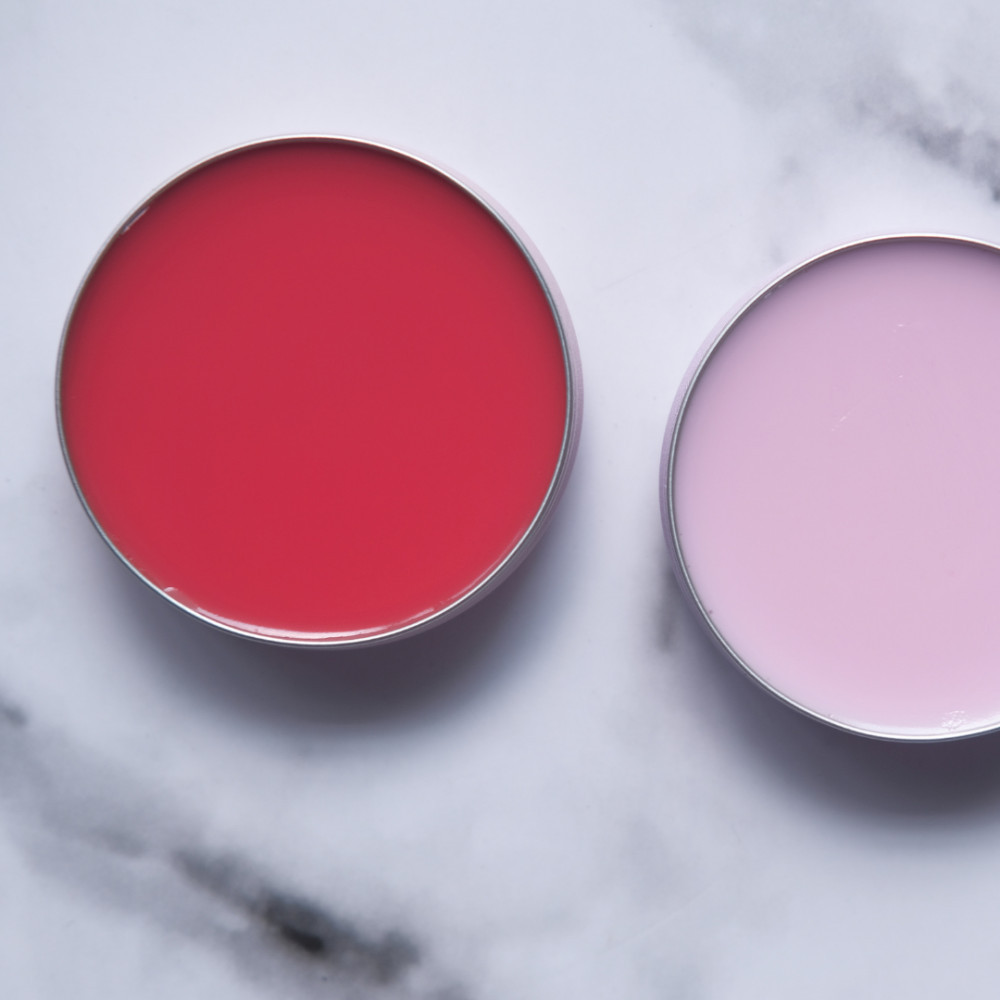 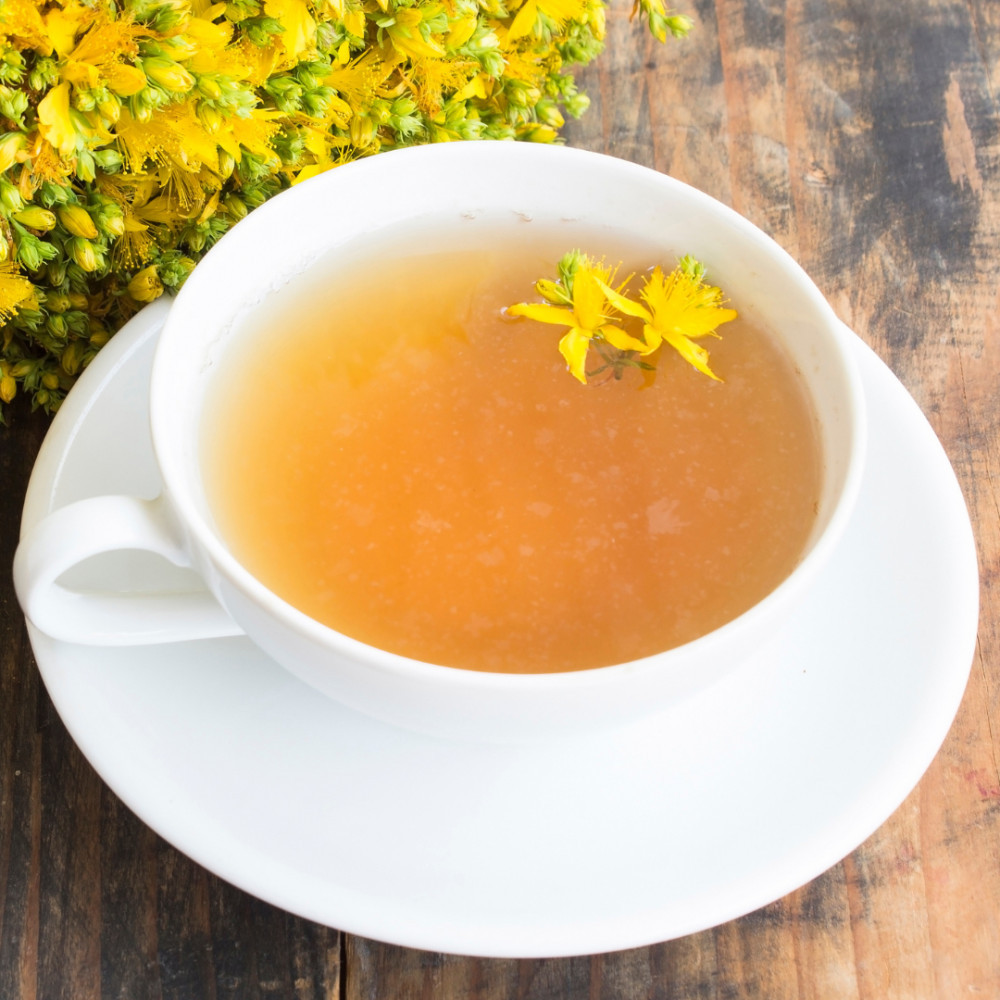 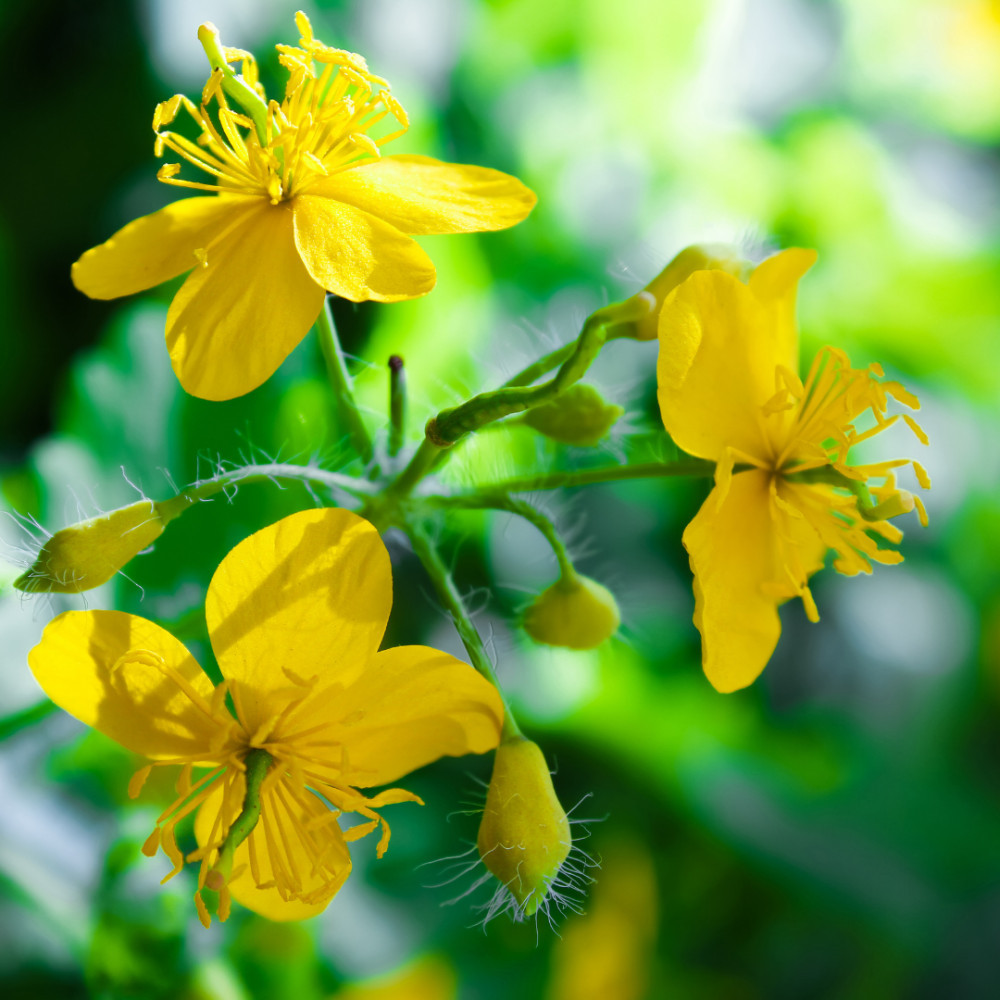 The flowers are used to create teas, pills, and liquid extracts. The well-liked herbal therapy is frequently used to lessen the effects of depression. People have used St. John's wort for centuries. 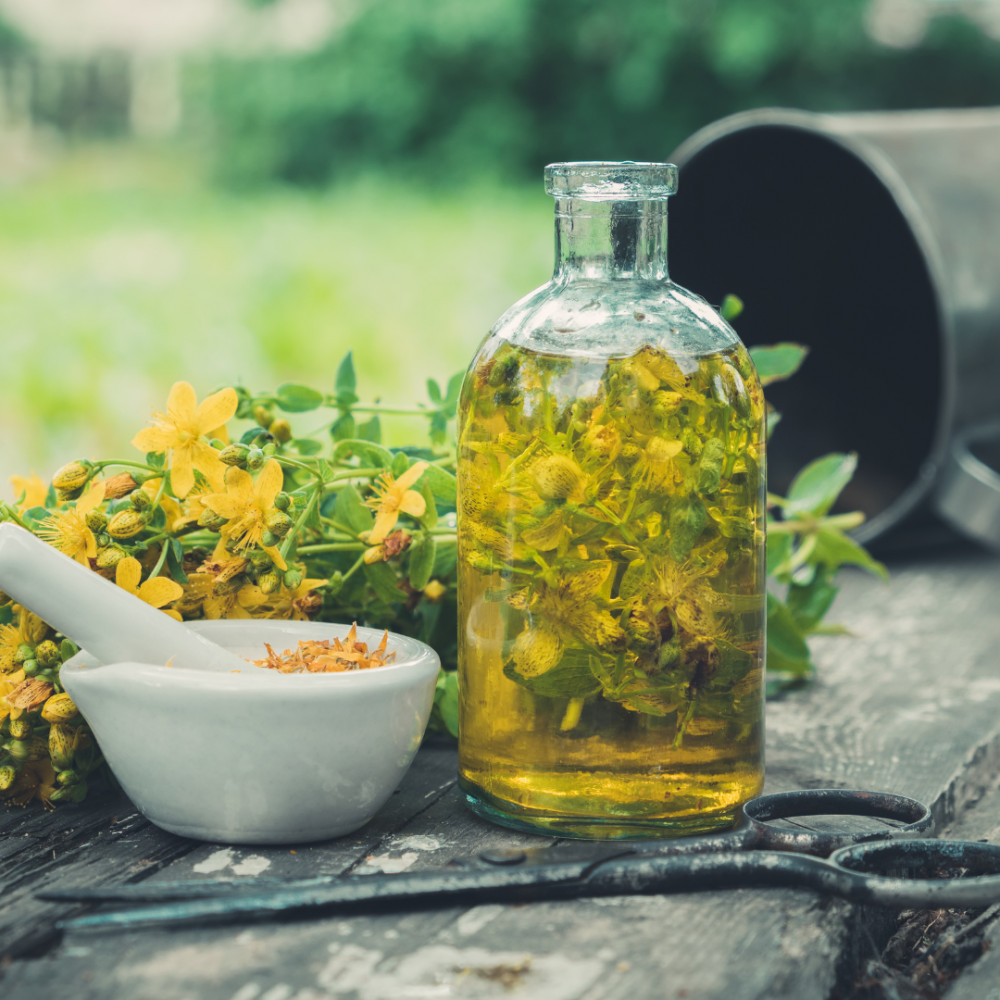 When given enough sunlight and drained soil, St. John's wort thrives in containers and grows well indoors. Growing it in a pot prevents it from encroaching on your flowerbeds or garden while also putting the lovely yellow flowers close at hand for homeopathic purposes.

I trust you enjoyed this article on the Best Steps To Grow Saint John's Wort In Containers. Please stay tuned for more blog posts to come shortly. Take care!

>>>Are you interested in homegrown herbs and medicine? Please click here to find out more about it!<<<

Thoughts? Ideas? Questions? I would love to hear from you. Please leave me your questions, experience, and remarks about this article on the Best Steps To Grow Saint John's Wort In Containers in the comments section below. You can also reach me by email at Jeannette@Close-To-Nature.org.

Disclosure
This post may contain affiliate links. As an Amazon Associate and other affiliate programs, I earn from qualifying purchases at no extra cost to you. Read my full affiliate disclosure. 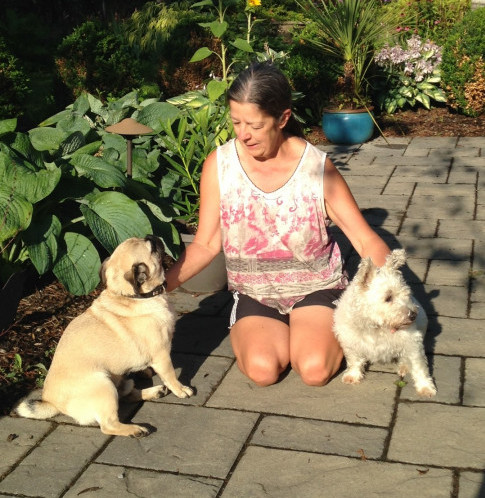 Hi, my name is Jeannette – On Close To Nature, I show you how to care for mother nature, its animals, and plants. You learn how to live healthily through natural healing & stress-free living.

I cover flower gardening, fruit gardening and vegetable gardening, container gardening, and taking care of your pets – dogs, cats, and birds. You can even enjoy some blogs on wildlife!

A Full Overview Of Dogs And Their Activities 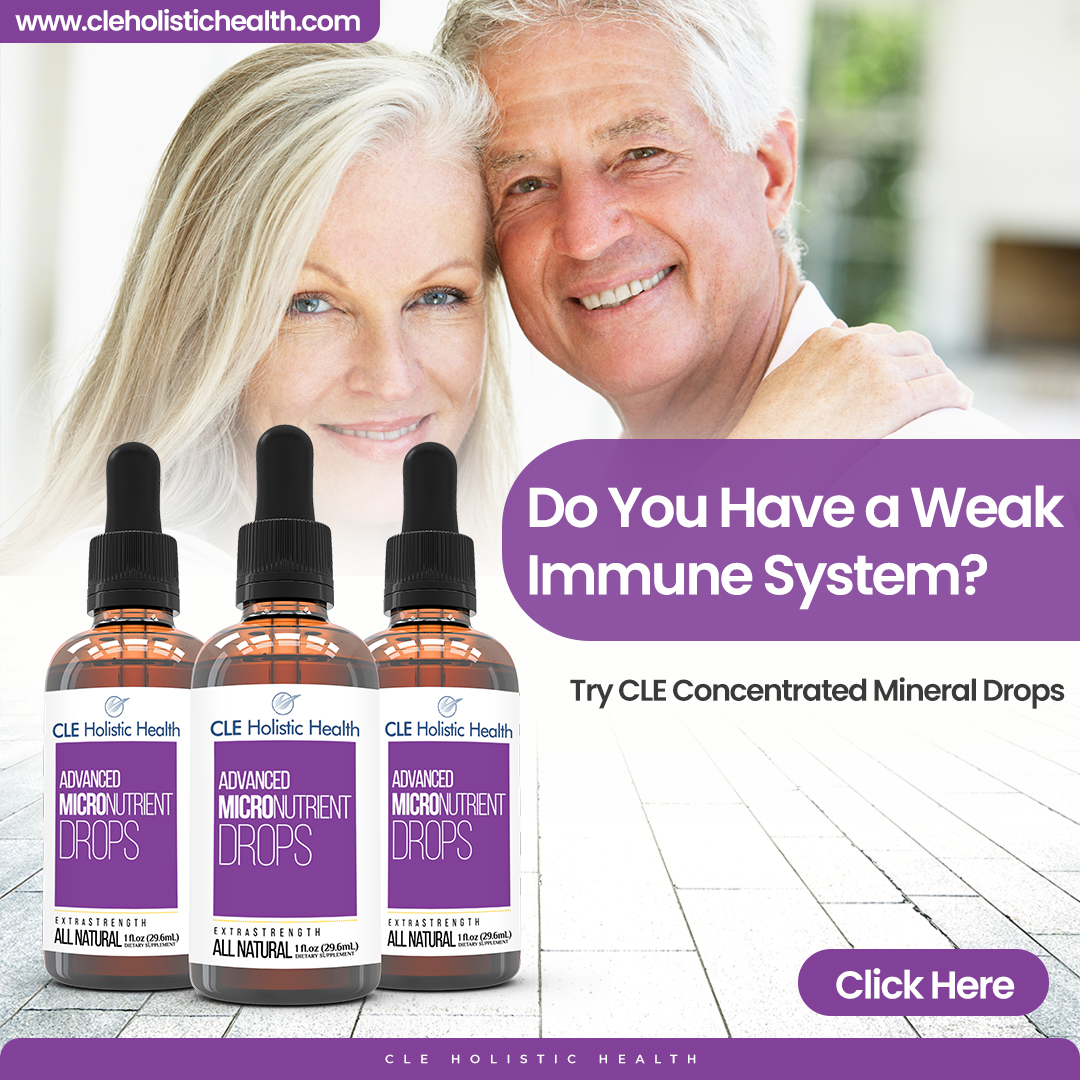 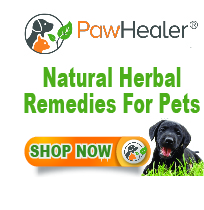